Plant a tree in memory of Vickie
An environmentally-friendly option 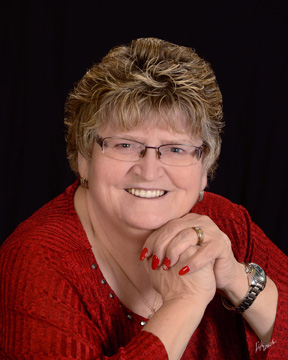 Memorial service for Vickie L. Larson 66 of Emmett, who passed away on December 16, 2019 at home, will be held at 2:00 pm March 25, 2921 at the Emmett Cemetery.  Services are under the direction of the Potter Funeral Chapel Emmett.  Vickie was born on March 25, 1953 at Bethany, Missouri to Robert and Norma Winters Young.  She moved to Montana as a small child.  She was reared and educated at Belgrade, Montana.   After high school she attended Montana State University Vo-Tech School for Legal Secretary’s.   Vickie worked as a waitress and met the love of her life there.  She married David Larson on September 29, 1972 at her parents’ home in Belgrade.   They lived in various paces since her husband was in the United States Coast Guard.  They moved to Emmett in 2016 from Port Angeles, WA.  Vickie was a member of the Eastern Star, United Methodist Church, and the Emmett Rotary Club.  She enjoyed latch hook, collecting spoons, traveling, and was an avid reader.  She is survived by her husband David of Emmett, son David (Mindy) of Boise, brother Randy Young, sister Kathy Filipovic, and her mother Norma Young all of Spanaway, WA., 3 grandchildren Evan Larson, Alie and Robert Brown.  Vickie was preceded in death by her father.  Memorials may be made to the Emmett United Methodist Church.

Plant a tree in memory of Vickie by clicking here.
To send flowers to Vickie's family, please visit our floral store.

A service summary is not available

Plant a tree in memory of Vickie
An environmentally-friendly option

Plant a tree in memory of Vickie

Be the first to share your favorite memory, photo or story of Vickie. This memorial page is dedicated for family, friends and future generations to celebrate the life of their loved one.

We ask on behalf of the family that you keep your comments uplifting and appropriate to help all who come here to find comfort and healing.

Plant a tree in memory of Vickie